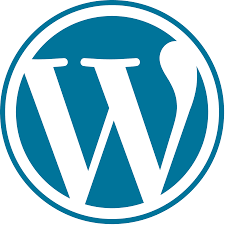 As I had made the decision to learn WordPress, now came the rough part of keeping focus on all the new things I know I needed to learn about. While I have a background in the IT Field, this was a completely different road I was traveling down.

As I started to look for resources on how to learn more about WordPress, I found a lot of good (and of course bad) information on YouTube, there were some very good information available but they all seemed to give me the impression that I had the same level of knowledge of WordPress that they did, so I began to get frustrated.

But this time I was determined to learn more about WordPress so that I could improve my skill set and see where it takes me down the road. I signed up for a Lynda.com 7-day trial and searched for their WordPress training classes, at I came across the “WordPress Essential Training” by Morten Rand-Hendriksen. This class alone convinced me to purchase my account on Lynda.com.

As I went through the Essential Training class, it opened my eyes to a lot of the issues I was having with my first attempt at learning WordPress, I did not fully understand that all of WordPress was database driven and I did not understand the differences between Pages and Posts. So the first time I watched the training videos it seemed as if I was really learning about WordPress for the first time.

I had to watch some of the videos a couple of times, because I kept thinking in the ways I did with an Operating System on a local computer or with working with the IBM iSeries that I work on as part of my full time job. I needed to open my eyes to a fresh look on things and only focus on learning what WordPress can do and attempt to forget some of my knowledge/thinking of things. Don’t get me wrong, with my IT background I did understand many things easily because I used them in my job/career at one point.

Once I started to understand the concepts of WordPress, I decided I wanted to play around with it, but I had no “real-world” website to be built. One thing I noticed in the videos is that Morten (and other people I saw on YouTube) all seemed to be developing sites ending with the url of .dev, I wondered if this was a service that some company offered so I started to search around.

Well, it turns out there are several products which offer the ability to develop websites “Locally” on your personal computer with no access necessary to the Internet and I did not need to transfer files from my computer to a hosting company (I didn’t really want my site to be “live” for everyone to see what I was learning/breaking.

I found out that the product several people used on their Mac Computers was named MAMP (Mac/Apache/MySQL/PHP), so I downloaded the free software and attempted to do the WordPress “5 minute install”, well that did not go very well, I think it took me over 20 mins to install because I expected the MAMP software to install everything I needed and I would need to do is say “Create this website for me”….well, I was wrong!

I had to watch many videos on YouTube to find out how to use MAMP and install WordPress and then get them configured to work together so I could actually start to work on a WordPress site. Eventually, I did get everything working and was able to “spin-up” a dummy site on my computer! (I considered this a HUGE Success! 🙂 )

As I started to play around with the site, I was just making anything up I could think of, and was looking around at other sites and seeing what they were doing and seeing if I could do the same, I was making some progress until the first update came out on my local installation of WordPress, then everything I had done was lost!

My first thought was when I lost all my changes was “What did I do wrong? Should I never update when necessary?” “Will I lose every change I do anytime there is an update?” So, what did I do, I went back to Lynda.com and started to watch the “Essential Training” videos again….and there it was something I missed (and didn’t fully understand), was something called a “Child Theme”.

I then spent some time trying to grasp this concept of a “Child Theme”. I had no idea what it was referring to, I was totally lost and confused, but like I have stated, I was determined to learn and understand WordPress as best as I can.

So, I am sure you may be asking yourself, what is a Child Theme? Here is the definition directly from WordPress documentation

A child theme is a theme that inherits the functionality and styling of another theme, called the parent theme. Child themes are the recommended way of modifying an existing theme.

From that definition, i was still lost!!!!